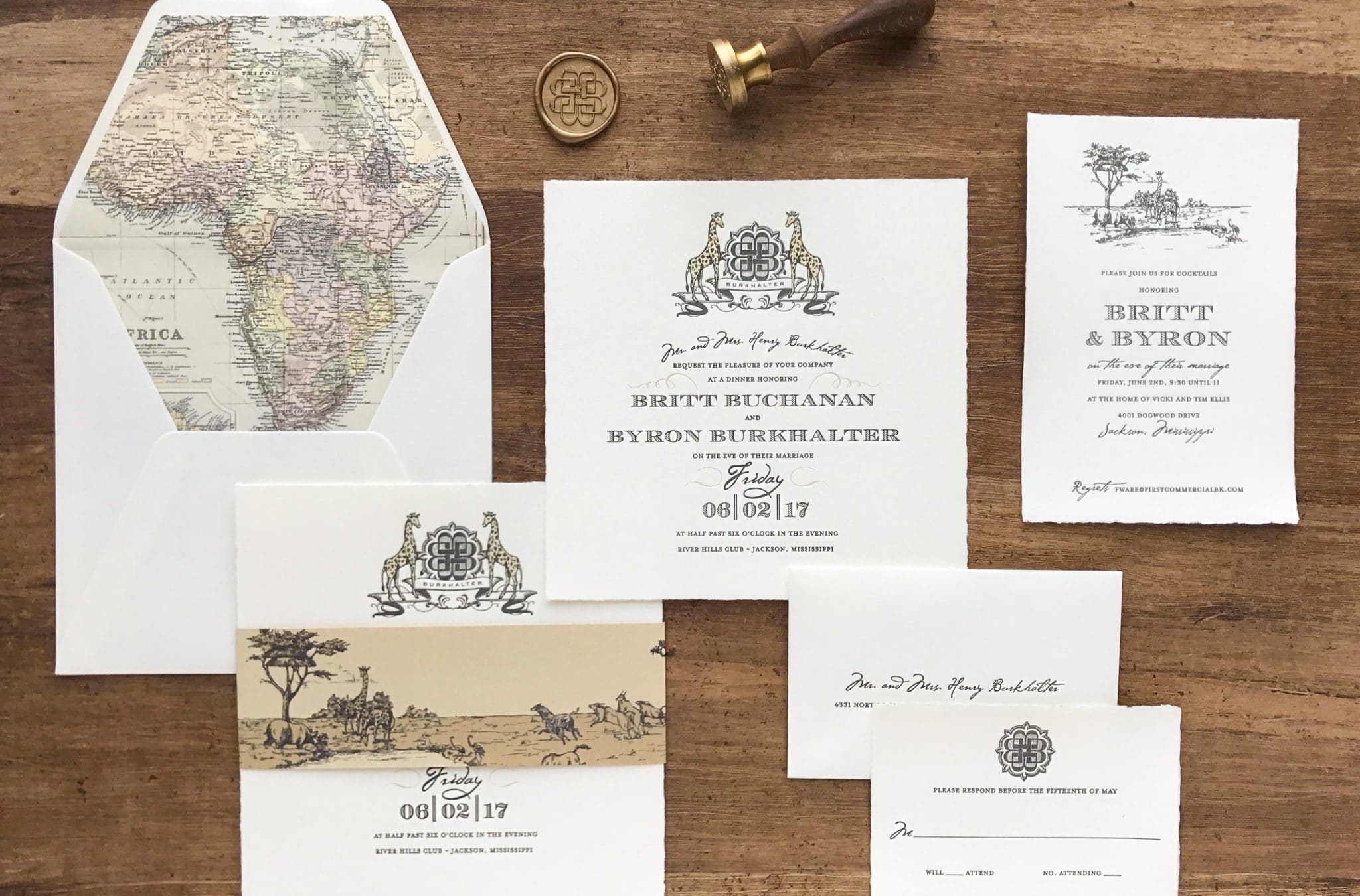 The party truly begins with the invitation. For Britt and Byron’s rehearsal dinner, Scriptura developed a paper trousseau based on their mutual love of African landscapes and wildlife. Prior to deciding on a theme for the dinner, the groom’s family met with our creative team. During the course of the conversation Margaret became certain their passion for Africa would translate into dynamic illustrations. 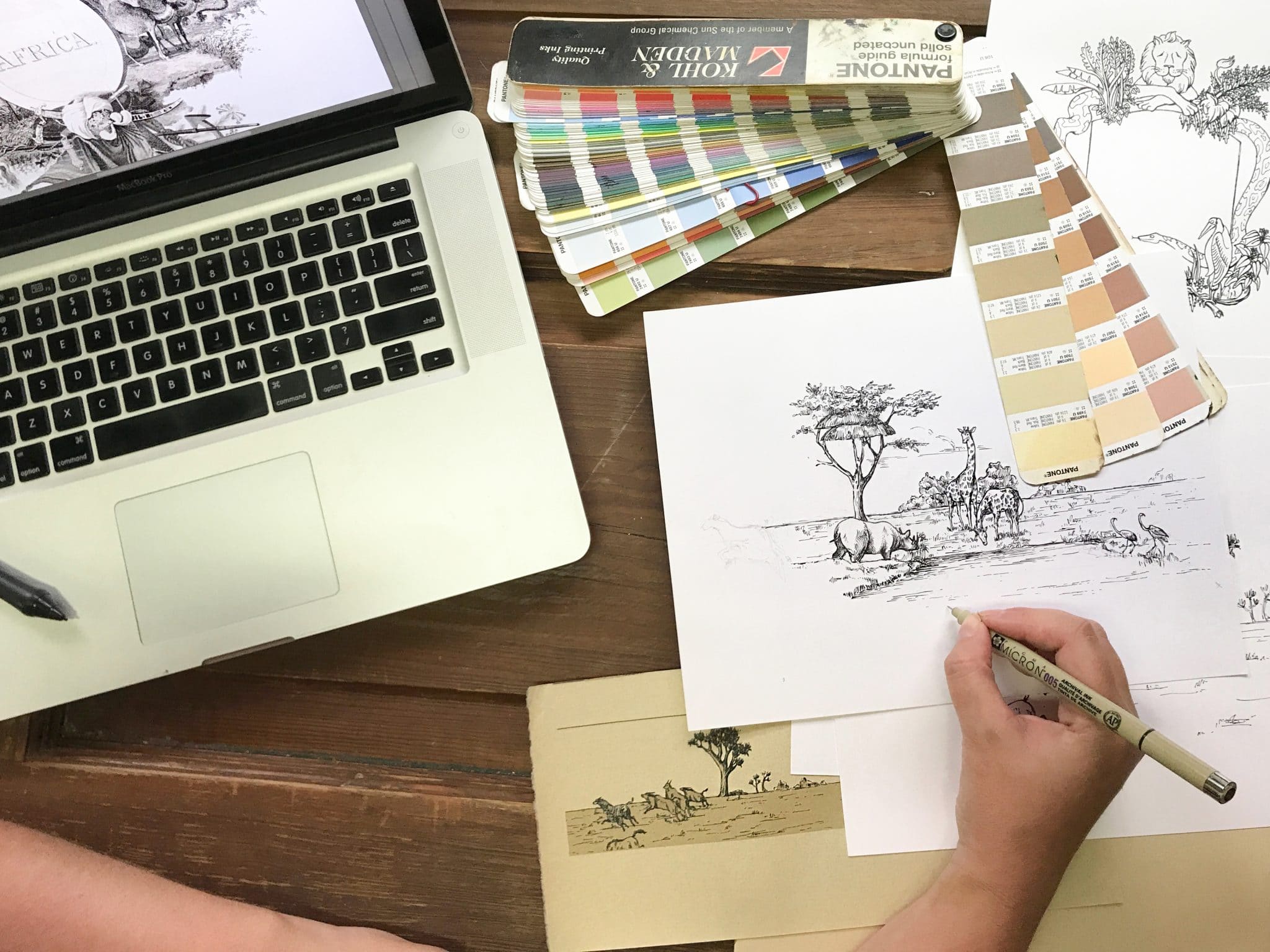 DESIGNED TO TELL A STORY

Our creative team drew inspiration from the 1985 drama Out of Africa, cartouches from antique maps, and vintage storybooks. Research across these platforms converged to inform the Burkhalter’s custom monogram at the top of their invitation. Four intertwining B’s, for Britt Buchanan and Byron Burkhalter, marry into a symmetrical monogram possessing the visual unity of a celtic knot. The frame surrounding the letterforms, reminiscent of a compass rose, evokes a sense of exploration. Illustrations of two giraffes flank the sides of the monogram, nestled in the folds of a banner reading “Burkhalter”. Information typeset in a combination of subtly weathered script and structured capitals draws upon the natural landscape while maintaining a tailored look. A panoramic safari scene printed on handmade German paper spans across the invitation, bringing to mind a page from a vintage storybook. To complete the narrative, an antique French map of Africa serves as an envelope liner. 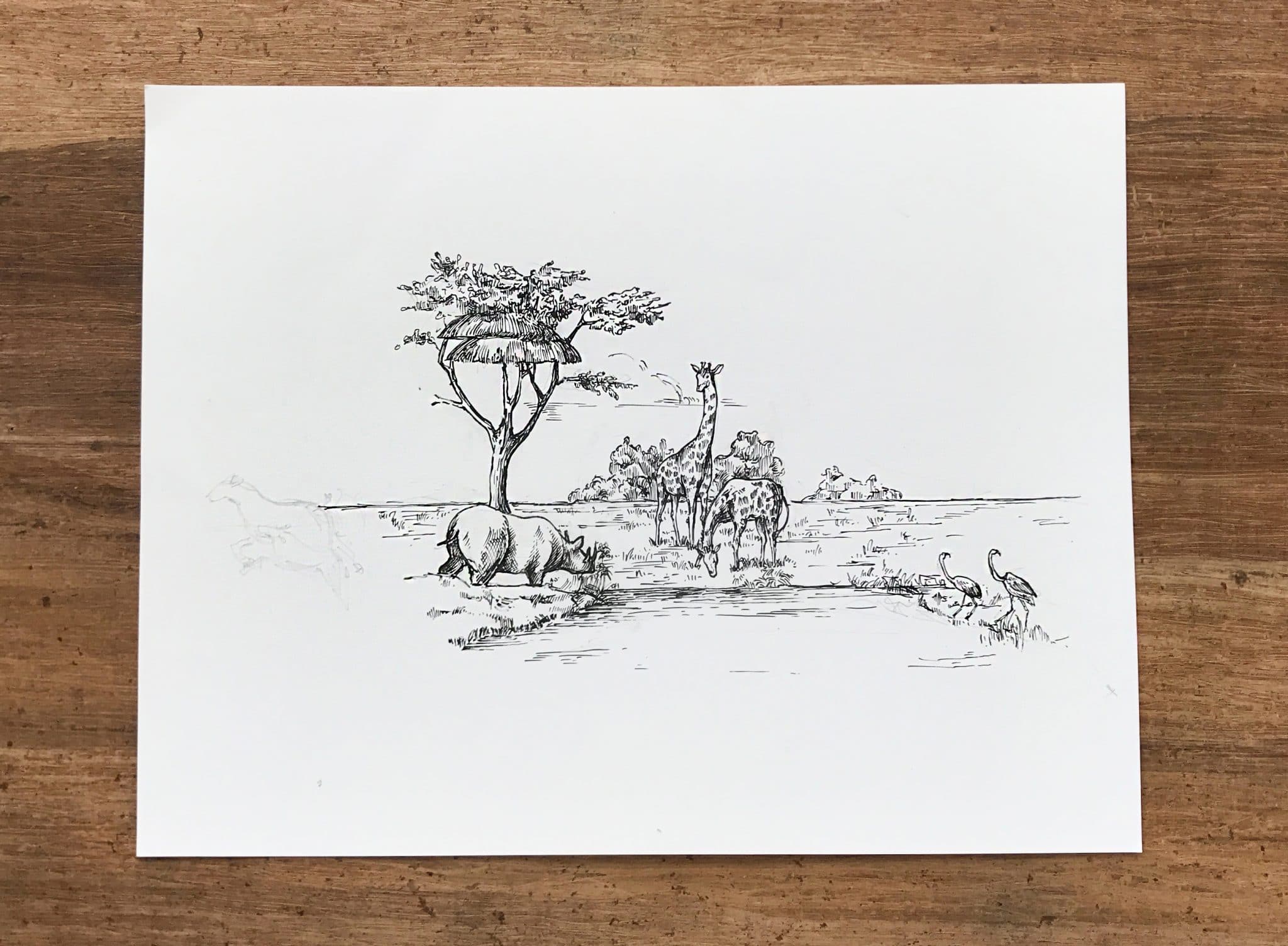 The corresponding after party invitation prompts guests to enjoy celebratory cocktails with a fitting illustration of wildlife drinking from a watering hole. 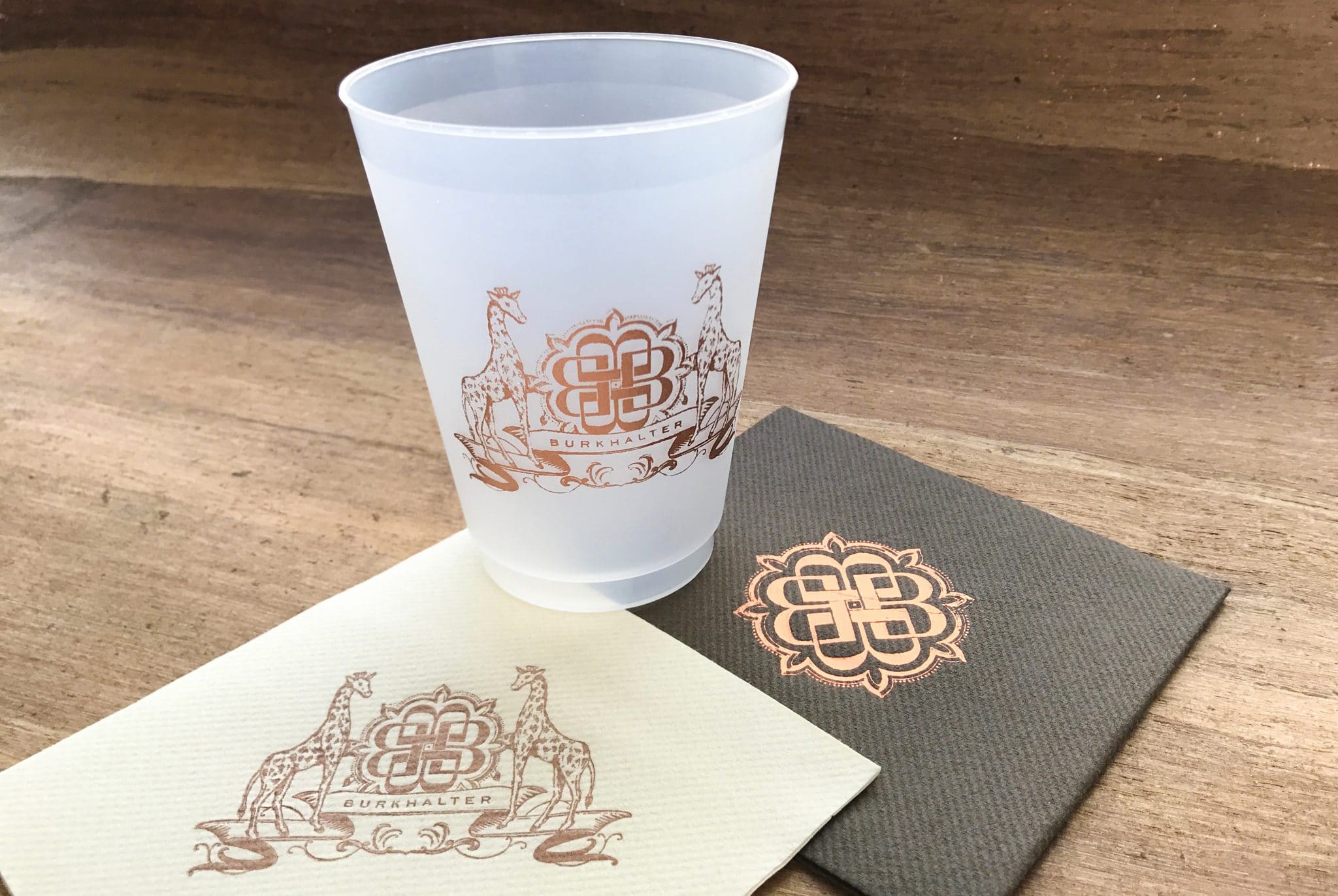 Britt and Byron’s custom monogram carried over into matching cups and cocktail napkins for the rehearsal dinner. 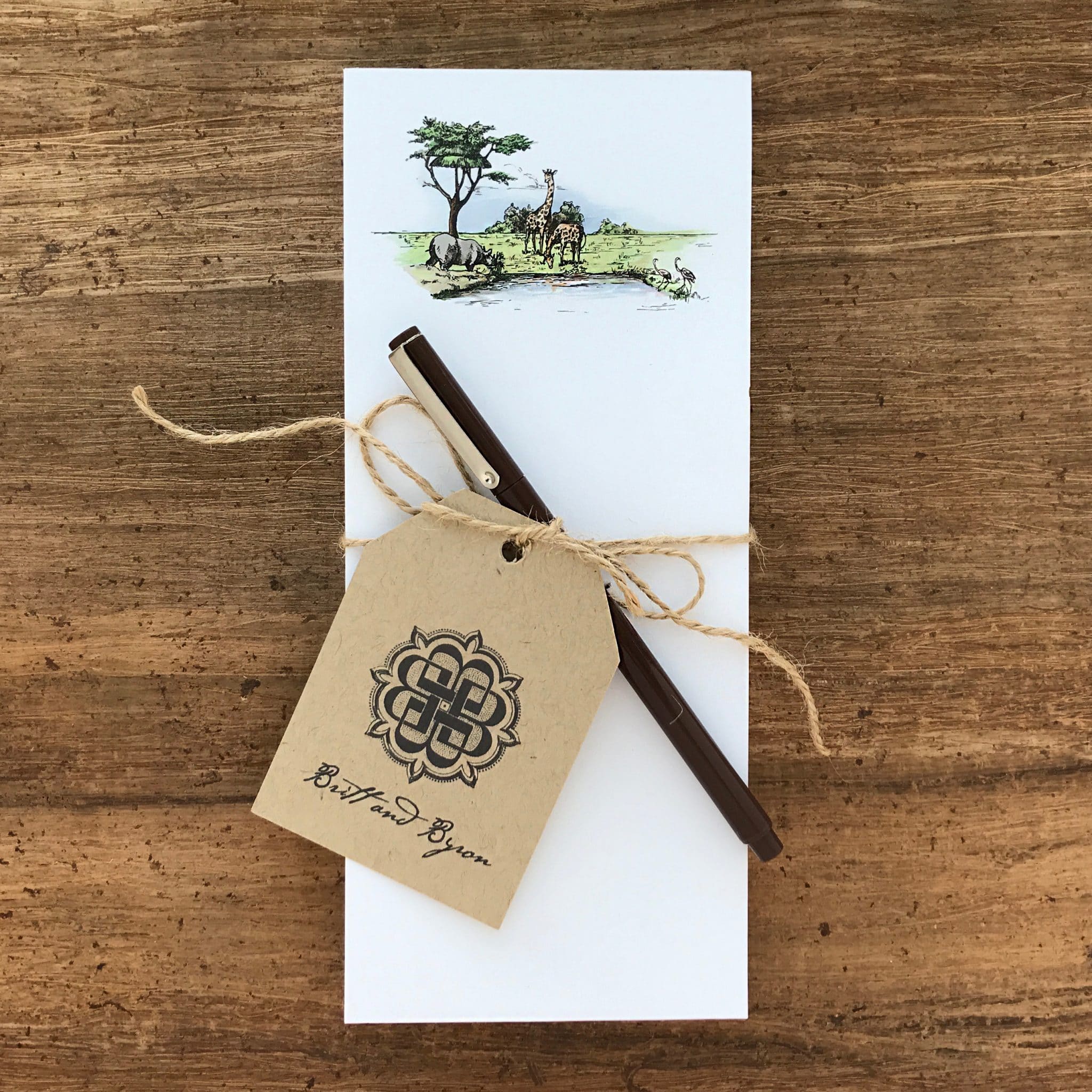 Custom notepads featuring our watering hole illustration and monogrammed gift tags made for a fun memento of the occasion. 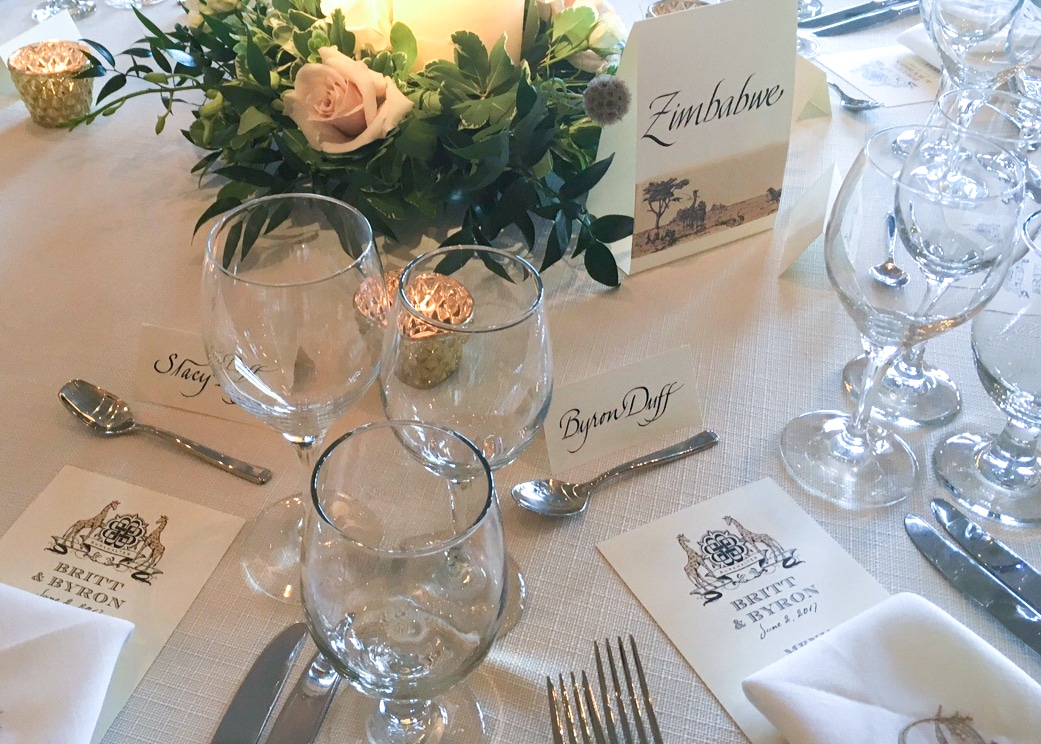 After seeing the invitations, the venue embraced the theme with gusto. To enhance decor, Scriptura provided menus, table cards, and the vintage map for the seating chart.

We were delighted to get mother of the groom, Kathy Burkhalter’s, account of the after party. Upon entering, guests walked through a staged jungle complete with wildlife noises and dramatic safari scenes. A smoking antique Jeep with a gorilla next to it flanked the driveway. The hosts draped their rotunda in netting and decorated with orchids, torches and casbah tents. Bartenders wore safari hats and life-sized African animal cutouts looked on from the surrounding shrubbery. It was the perfect post toast party to follow the stately seated dinner. 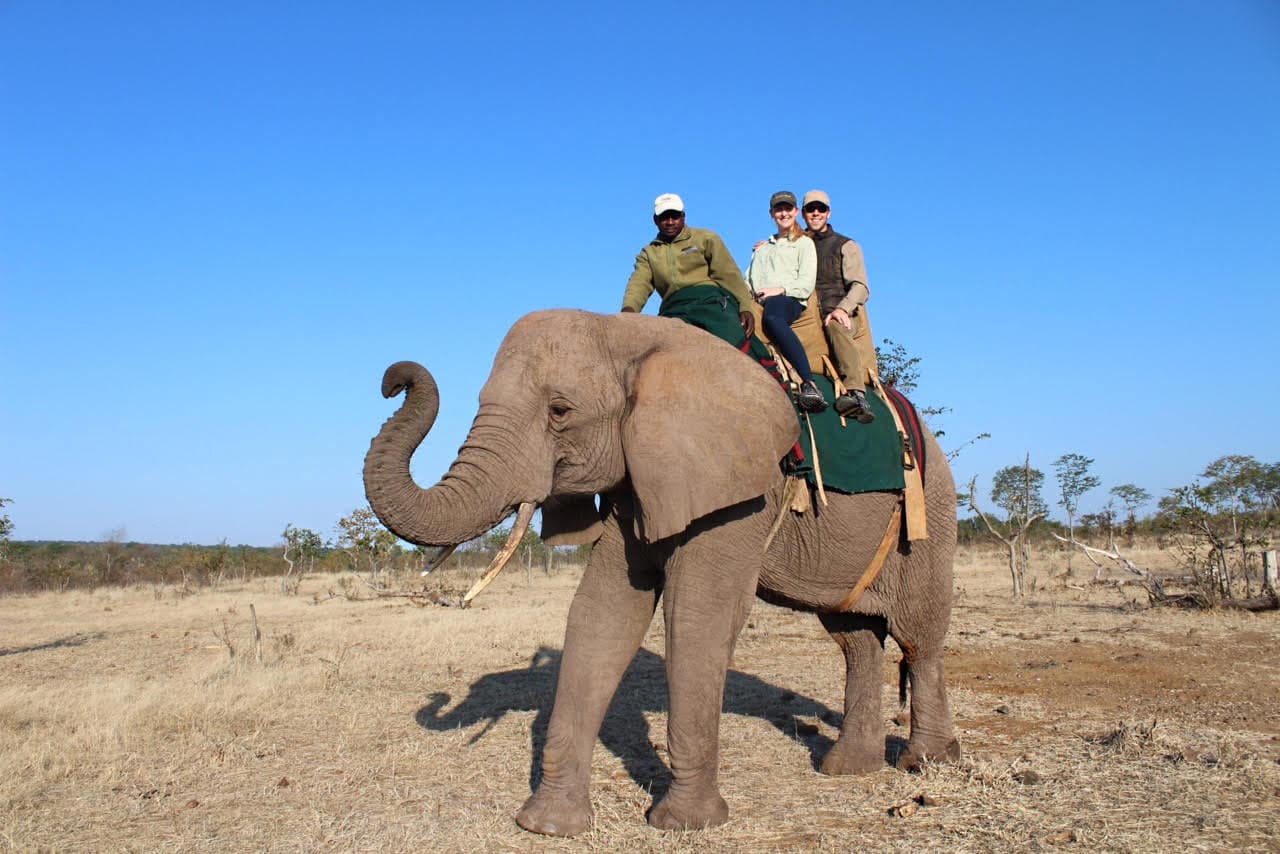 The couple shared some photos with us of their honeymoon in Africa, they clearly had two tons of fun! 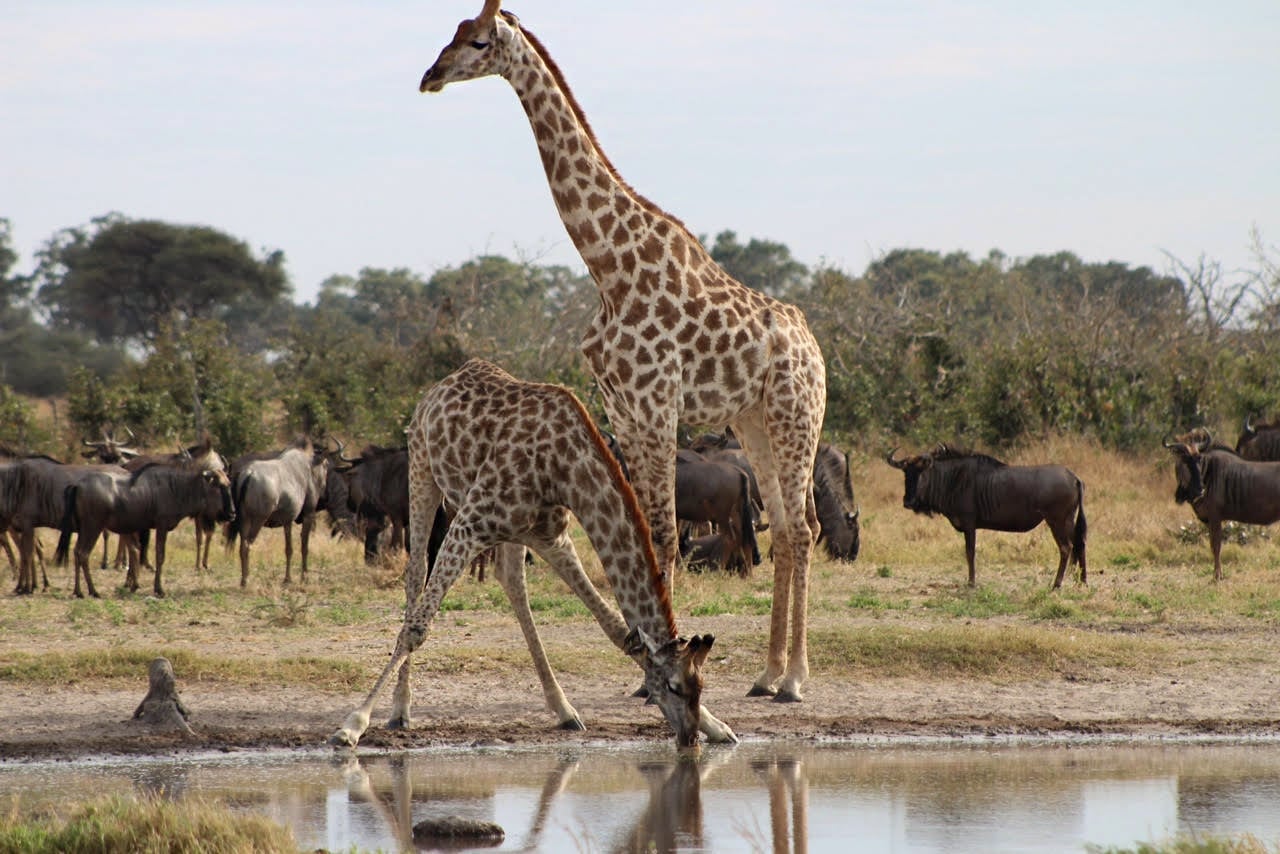 This photo of two giraffes at the watering hole from Britt and Byron’s Safari honeymoon is the illustration from their invitation come to life. 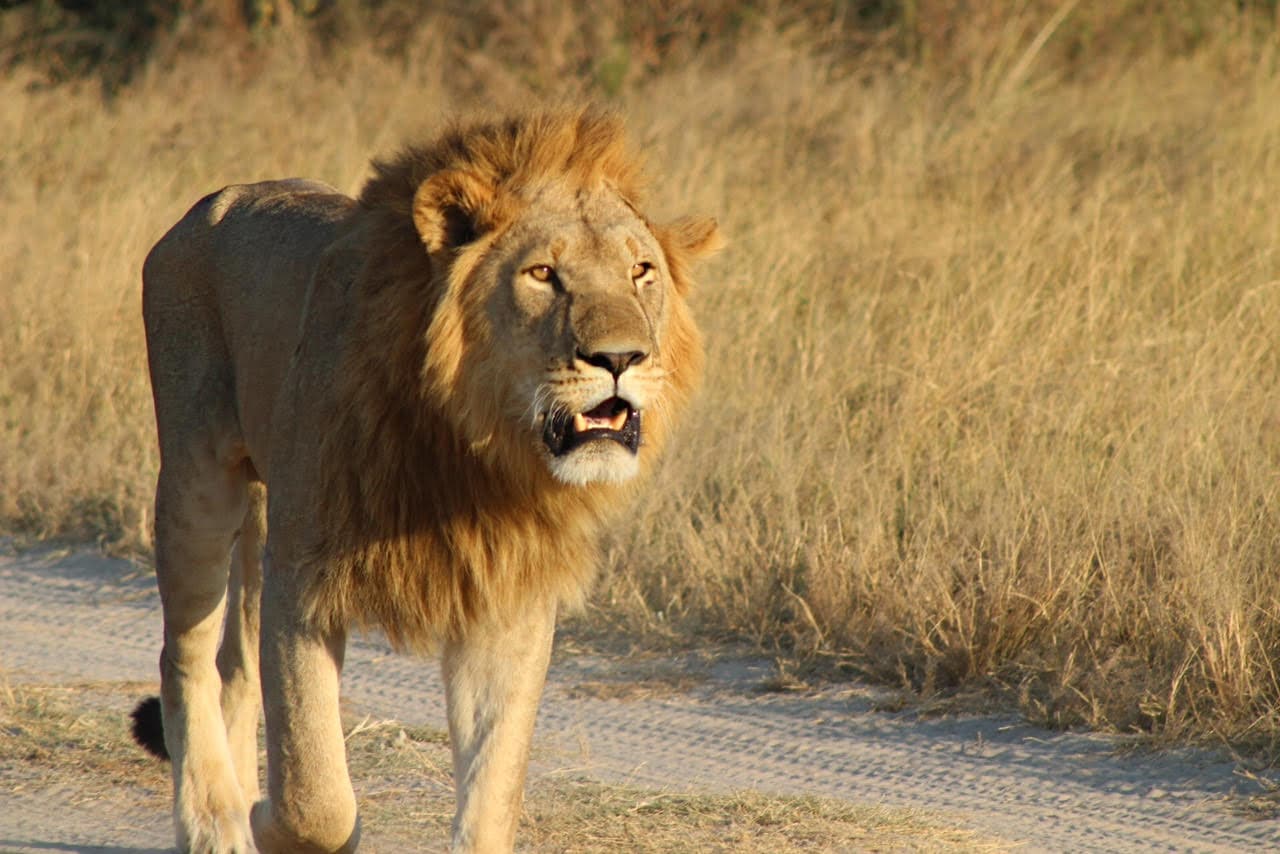 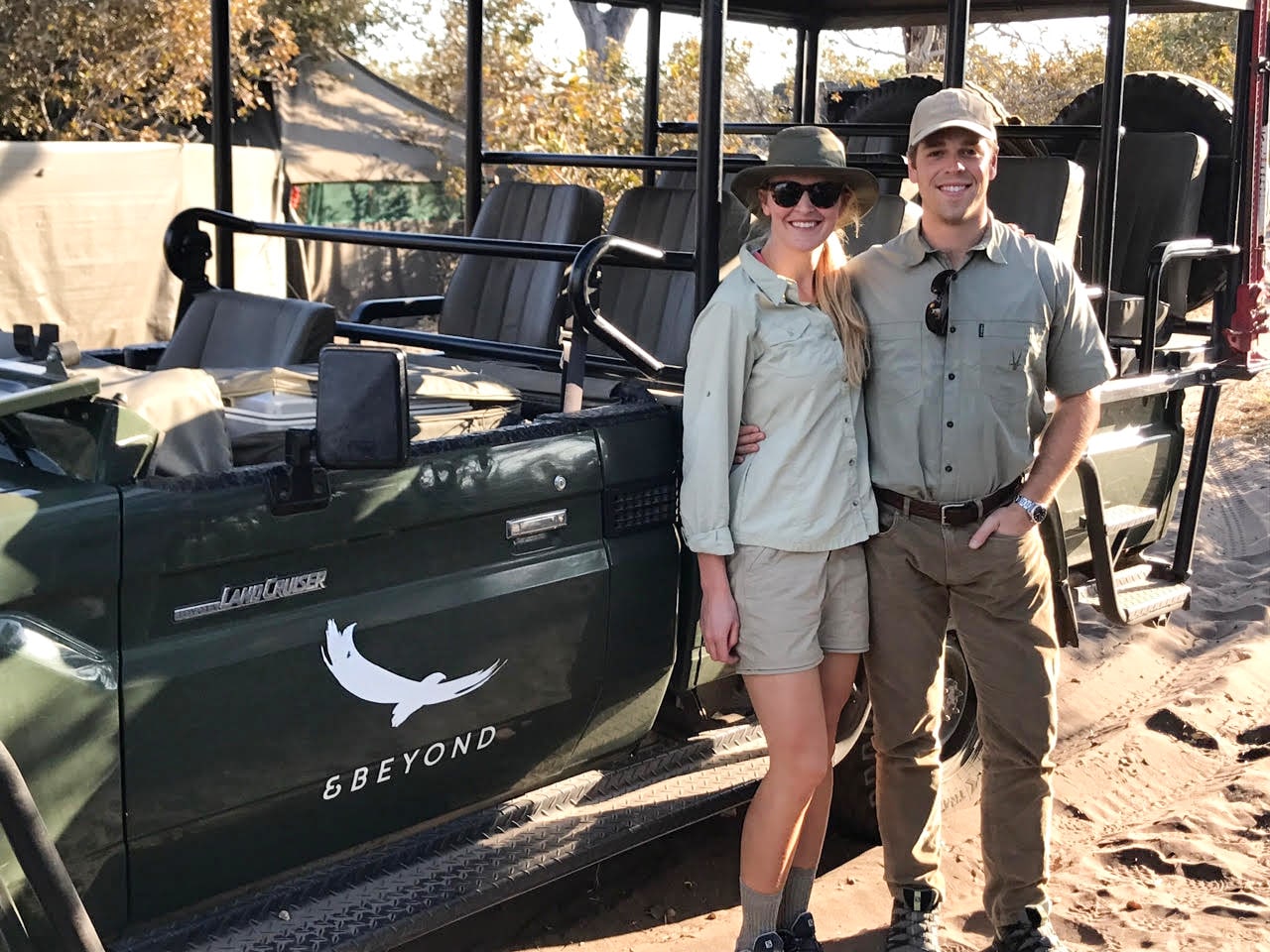 This is one adventure we didn’t want to end. Thanks for taking us on safari!

We are here to help! Contact us and we will schedule a time for you to meet with one of our experts (either in person or at a distance) and begin the process of creating invitations just for you.